Beyond generation z – the future of the workplace As modern technology progresses, becoming smarter and more intuitive, the workplace will undoubtedly reap many benefits. But as we look to the office of the future, we must consider the people whom will be on the front line of this technology.

What about the younger generations who are set to enter the workplace; what technology will they be using on a daily basis, and how will it change things?

Generation Z (those born between 1994 and 2012) are now entering the workforce, and are shaking things up. Even if it’s just their approach to digital communications with team members; think Snap Chat (or sliding into each other’s DMs). Generation Z haven’t known the world without mobile phones, apps, social media, or the internet. But what about the generation below them?

Coined by sociologist Mark McCrindle, the term Generation Alpha applies to children born between 2011 and 2025. According to McCrindle, an estimated 2.5 million Gen Alphas are born globally every week.

In their world, 3D, AI, facial recognition, voice integration, and even holograms (to a certain extent), are standard ways of communicating and interacting. Generation Alpha are immersed in a world of technology; innovation is built into their everyday lives and if it’s not, it’s expected, or questioned, even though they are only five years old (or even younger).

“They are the children of Gen Y, and there are 1.6 million of them in Australia. They are truly the millennial generation, born and shaped fully in the 21st century, and the first generation that we will see in record numbers in the 22nd century as well.

They are logged on and linked up – known as ‘digital natives’. They are the most materially endowed and technologically literate generation to ever grace the planet!” – Mark McCrindle, Gen Z and Gen Alpha Infographic Update

This generation expect everything to be interactive, with information literally delivered to their fingertips. An article by social chain suggests Generation Alpha will potentially have three parents: Mum, Dad and Alexa.

What will the future of the workplace look like for these generations? The possibilities are exciting. We took a look at what the global futurists had to say:

Liselotte Lyngsø, founding partner of Copenhagen-based consultancy Future Navigator, commenting on Fast Company’s blog This is what work will look like in 2100:

On creating teams: “A team in a physical framework shouldn’t be these big office spaces, it should be maximum eight or 10 people – enough to share two pizzas – that’s what we believe is optimal for being innovative. We used to hire people for specific functions because of this conveyer-belt thinking, which was a great way for controlling people, but it’s not how you get the best out of people; In the future it’s about getting the team to flourish.”

She also went onto add:

“The machines will become very good at being machines in the years ahead, so we need to be extremely good at being humans again. That means we really have to dig into individual abilities, allowing people to do their best and live out their potential.”

So, Generation Alpha may be completely au-fait with machinery, but they’ll need to ensure their people skills are top notch. The fear is that as technology takes over our daily tasks, we’ll lose the ability to function within interpersonal relationships – think about how we offer to make a colleague a cup of tea or coffee as a kind gesture, and how it’s likely that tea making will be automated in the future! Generation Alpha may need to work hard not to lose their humanity where it counts.

Graeme Codrington, expert on the future of work, commenting in the TalkTalk Business Workforces 2025 whitepaper:

“The gentle beep of Amazon Alexa’s morning alarm eases you out of sleep and you mumble “open curtains” as you stretch awake – and they slowly ease themselves open. You can see the automatic robot lawnmower gliding around your back garden. As you get ready, the news highlights are shown in an inbuilt display in your mirror: “next story” is all you need to say to scroll through the day’s news.”

“Your conference call in the driverless car links into your smart glasses, as one of your team members shows you around a construction site, using real-time virtual reality. You need to send them a few notes for changes you want in the new building, and dictate these for your virtual assistant, who immediately sends it to the appropriate team members as text messages.”

“Good morning” you say as you walk past reception – it’s just a habit, really; the virtual receptionists don’t need to be greeted, but you like the old school nature of their synchronised, “good morning” responses. You prefer to work from the office these days – it’s nice and quiet, with few people to interrupt you, unless you’re wearing the “always on” headsets your company has given everyone.”

Clearly, Generation Alpha are probably not going to have to worry about the minutiae or rigmarole of everyday life; the details will always be taken care of. Perhaps this will allow future generations to be better focused – with no distractions or smaller tasks to be getting on with, they’ll be free to look at the bigger picture. Will increased levels of innovation follow? Only time will tell!

“Wearable technologies will end the cycle of constant interruptions from emails, calls, and colleagues,” predicts Owen King, a workplace consultant at Unwork. “Monitoring our levels of concentration, these devices will wait for us to get into the flow of a task before filtering out all but the most important communications.”

We’ve perhaps been slow to adopt wearable tech in comparison to our internet-enabled devices – while smartwatches are certainly popular, it’s likely that there’ll be more creativity and fulfilment of needs in future wearable technology, and Generation Alpha’s working lives with certainly benefit from that.

Joe Nellis, commenting on catering for demanding customers in the article ‘What does the future hold for Generation Alpha?’ for Grant Thornton:

“With Generation Alpha, trust means everything. Trust in friendships, family, business, government. It’s being challenged right now by the current generations, but I think every single company, from the biggest to the smallest will be challenged more and more, by customers, the media, all of us. Immense value will be placed on trust. The danger is that you can lose that in one second. It’s only going to become more important as we all become more connected. This could be a revolution in the way companies behave.”

Relationships are key, and it seems likely that Generation Alpha may have to foster stronger connections than any generation before. It will be interesting to see just how much this generation puts their trust in their technology, and how much they trust each other in comparison. We can only predict good things – viva la Generation Alpha revolution! 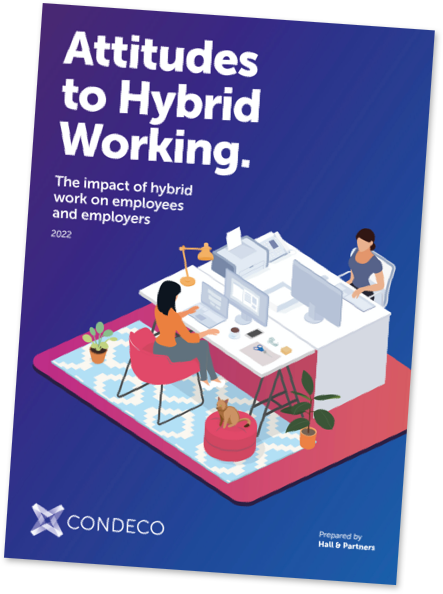